So, this is it, 2012 is upon us now. Last year was one of pretty much changes, socially, politically, and in my particular case, professionally.

This is because only last year on July I started what I like to call my "tech race". Yep, it was until mid last year that I began discovering all these amazing tools to integrate into my classroom. To this point, God has been good.  Now probably the term "race" suggests a competition and you might be wondering who am I competing against.  I like to use the term "race" in the sense of going really fast but with a focus and a purpose.

True, I have always kept a website for my classes since like four years ago. Last school year I used Facebook to communicate with my students. But I had never used technology in my classroom the way I do now. My students tell the difference from last year so clearly, and in general, have nothing but words of thank you.

My own Professional Development has been great. It is amazing how far the Lord has taken me in such a short time. Here are some accomplishments and some to come during this tech race:

-I am January's Mimio featured teacher; the fact that January is my Birth month gives it a special touch.

-My YouTube channel (which I had opened time ago) has been re-ignited. It is not yet as I wished it were but hey, what about that as a resolution?

-I had a SchoolTube account approved, and I don't have a school's domain Email. Still need to work on it. My only issue is that sophia.org (my favorite site for flipping my classroom) is not taking SchoolTube videos, yet.

-Made new friends with amazing geeks creators of Hoot.me;  an amazing app that switches Facebook into study mode.  I use it with my students a lot!  These guys even mentioned me in their blog.  I was truly honored.

-Have been to dozens of webinars and actively engaged in most of them.

-Mrs. Lisa Nielsen gave me the honor of guest-posting for her blog about addressing a global audience. That is coming soon!

-Education Beyond Borders, an international NGO contacted me through its president Noble Kelly. He wants to start a project in my country, and I am so looking forward to it.

So many things are waiting for me this year.  I really  hope I can make the difference among my co-teachers, national and international, virtual and in real life. 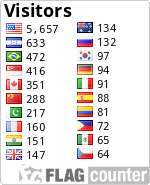